Blah, blah, fuckin’ blah. Victoria June is so bored of her office job she’s just gabbing away on the phone to her bestie and talking shit about her work, drawing pictures of pizzas and tossing rubber bands around her cube like it’s raining office supplies. But when she discovers that you, her boss, have been spying on her the whole time she’s been fucking off, her attitude changes instantly. Suddenly she’s telling you she really needs the job and that she hasn’t been focused because she’s been moonlighting as a lingerie model. In fact, she gives you a little peek at the undergarments she’s been strutting around in for her side gig. And when she does, you have to admit to yourself that those big fat tits of hers you’ve been jerking off to look pretty damn hot in that bra she’s bursting out of! And when she kneels down and tells you that she’s willing to do ANYTHING to keep her job, you know right then and there that you will never, ever fire her. (Video duration: 48 min) 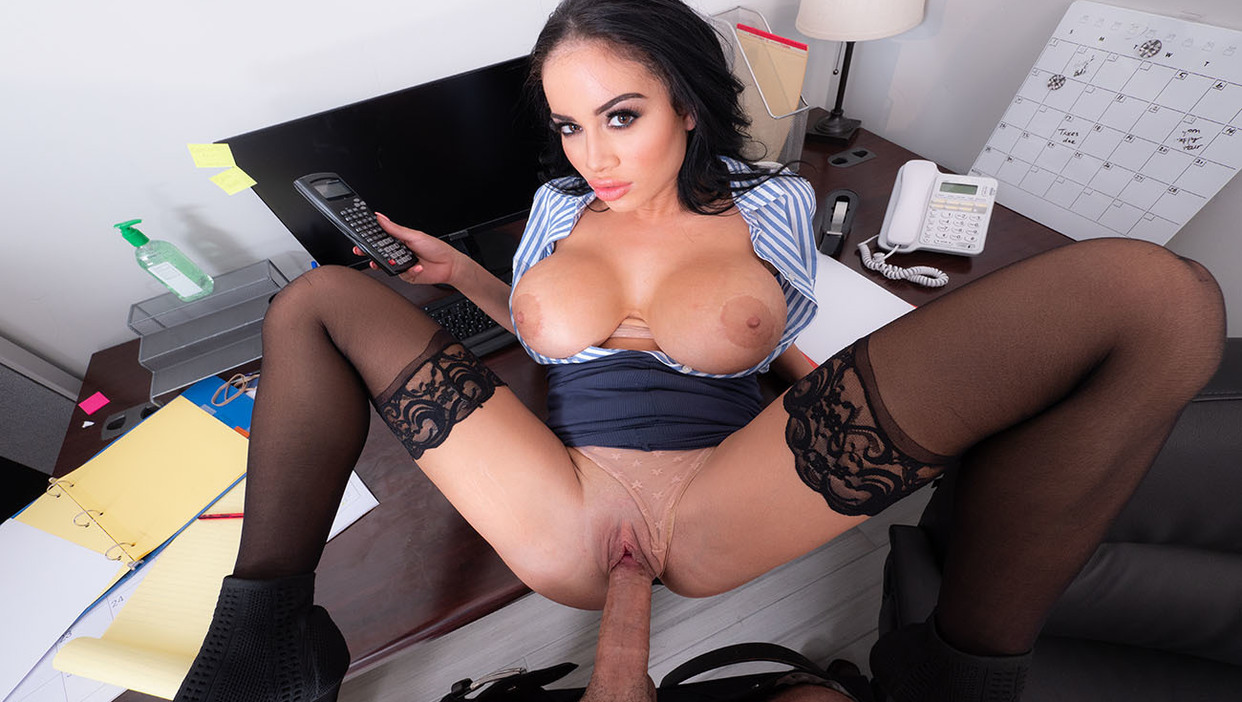